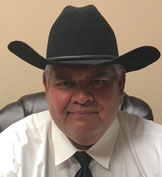 Deputy Little succumbed to a gunshot wound sustained two days earlier while attempting to arrest a man on a warrant for theft. He had gone to the man's home and knocked on the door of the cabin. When the man asked who it was Deputy Little responded that he was an officer. The suspect inside immediately fired three rounds through the door, striking Deputy Little in the abdomen once.

A member of Deputy Little's posse carried him to a nearby home and summoned a doctor.

A county constable led a posse back to the home and forced entry into the cabin. The suspect opened fire on the constable, who returned fire and mortally wounded the suspect.

Deputy Little was survived by his wife.

Several months earlier, Deputy Coleman had arrested Claude Rhodes for gambling or permitting gambling in his house. Rhodes had cursed the deputy and bad blood existed between the deputy and the Rhodes family. The sheriff had requested that Deputy Coleman maintain the peace of Election Day in the community of Waelder. Coleman was seen arresting at least one man and carrying him to jail. Ed Rhodes started questioning Coleman's authority to make an arrest, and Coleman warned him that he would be arrested if he created a disturbance. Later Ed Rhodes did just that, and caused Deputy Coleman to order him again to be quite or face arrest. Bill Rhodes, Claud's father and Ed's brother, started cursing Deputy Coleman and challenging his authority. Deputy Coleman drew his pistol and knocked Bill Rhodes to the ground. The family took Bill Rhodes into a store, and his son, Claude, furnished him with a pistol. Bill Rhodes charged the deputy and both men starting firing until their pistols were emptied, and then they struck each other with their empty weapons. Ed Rhodes then struck Deputy Coleman in the head with a billiard cue, and another brother names Yearby tried to stab the deputy. Coleman died the next day from two bullet wounds. Bill Rhodes lived another week and died from his wounds.

Claud, Yearby and Ed Rhodes were indicted for the murder of Coleman. The charges against Claud Rhodes were dismissed and it is unknown if Yearby Rhodes was ever tried. Ed Rhodes was tried, convicted and sentenced to seven years in prison. He appealed and the case was reversed and remanded for a new trial. It is unknown at this time is he was ever retried.

Deputy Sheriff Coleman was survived by his wife, three sons, and two daughters; his youngest daughter was born after his death.

Sheriff Glover was serving his second term as Sheriff when he was killed. He had been with the agency for at least seven years. He was survived by his wife and six children.

Posseman Henry Schnabel and Sheriff Robert Glover were shot and killed while attempting to arrest a man for murdering Karnes County Sheriff W.T. Morris two days earlier. The suspect was waiting in ambush, and as Sheriff Glover and Posseman Schnabel approached, he opened fire. Sheriff Glover and Posseman Schnabel were killed. The suspect was arrested but later pardoned by the governor of Texas.

Posseman Schnabel was survived by his wife and several children. He was buried in Belmont Cemetery.

Sergeant Furrh was shot and killed while participating in a warrant search of a home in neighboring county.

Sergeant Furrh and officers from several agencies were serving the warrant when the incident took place. As the officers approached the residence, the suspect inside stuck a .38 caliber handgun through a crack in the front door and fired approximately five rounds, striking Sergeant Furrh, who was not wearing a vest. The suspect, who had twice served jail time for two separate murders, was taken into custody at the scene. The man was sentenced to three life sentences plus 20 years.

Sergeant Furrh had served in law enforcement for 17 years and had been employed with the Gonzales County Sheriff's Office for four years. He is survived by his wife, three children, parents and two sisters.